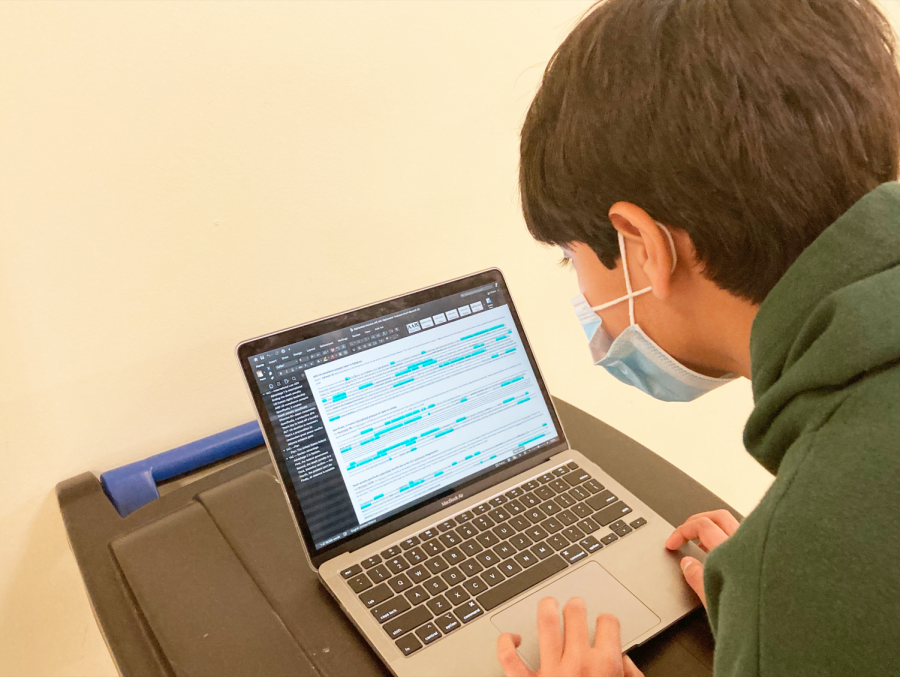 Academic teams build community within Westminster and help students find opportunities to have friendly competitions with students from other schools. The Westminster Debate Team, a key academic team in the Westminster Community, has a history of tournament wins and educates many students about the intricacies of American policy. However, during the current pandemic, the Debate Team has struggled to continue to do what they enjoy. They face challenges such as a new tournament format and decreased practice time.

Usually, debate tournaments take place in many different Atlanta schools and involve hundreds of students, parents, and adult chaperones meeting in a gymnasium or cafeteria to conduct the tournament. Obviously, these tournaments cannot exist in the world of COVID-19, so the debate team has had to adapt and find other alternatives to continue participating. The team has transitioned to debating virtually, over Zoom. Debaters log on to Zoom from a specialized debate website called SpeechWire. Because debates must be held on Zoom, the Atlanta Urban Debate League (AUDL) decided to change their league from the traditional two-versus-two policy variant of debating to a modified one-versus-one debate format called Lincoln-Douglas. Usually debaters talk with one another privately during debate rounds. If the traditional format were used, the debaters would have no method to communicate with their partners, and debating would be nearly impossible. With the new format, debaters do not have partners, so the debaters do not need to privately communicate with one another. The Upper School Debate Team has always used the traditional two-versus-two format, and the Middle School Coaches want to make sure that the middle school debaters are ready for that style in the future. Coach Addie Matteson, explains, “[We] are trying to infuse the year with opportunities to see two-person debate and participate in it just a little bit . . . because it’s important that they know that.” However, the debate coaches also believe that the new format helps rising debaters build confidence and skills on their own. “One of the positive effects is that sometimes the students would be in teams that are a little unbalanced in middle school,” says Matteson. “Being one on one of those teams means that some of my shyer debaters who maybe sat back a little bit last year as seventh graders are debating on their own. I can see them gaining confidence and finding their voice and being a little bit more flexible [this year] and that is that’s a bonus.”

The debate team also faces the challenge of greatly reduced practice time. “In the past, we would practice on Monday afternoons for a full hour, so having just the 30 minutes in the morning, and sometimes we don’t have that, means that we practice probably less than half the amount of time we used to practice,” says Matteson. During practice, the coaches try to teach the debaters skills in small bursts. “[We] try to teach the skills one at a time, so maybe spending 15 or 20 minutes of practice going over rebuttals. Like, what’s a rebuttal for how do you form it? How do you take what you’ve been flowing throughout the rest of the debate and put it into the rebuttals, and where does that fit? [We try] to teach it in small pockets so that by the end of the year the new debaters have a toolbox that they have to go on to compete in the next year.” When the team needs more practice time, they will hold evening Zoom meetings, which challenges the team in interesting ways. Matteson explains “we wouldn’t normally meet then and . . . [we try] to get resources that are online into students hands so adding a lot more resources to the schoology page they can do more learning on their own.” Finding adequate time is a tough issue that the debate team faces, one that they have found creative ways to overcome.

In conclusion, the debate team has struggled to find adequate practice time and has a hard time managing the new coronavirus-friendly tournament format. Many students relish the activity of debate, and it teaches them how to formally organize ideas and think quickly under pressure. The coaches have overcome many challenges that would otherwise make debate during coronavirus impossible, and it will be fascinating to see how the team grows in the future.