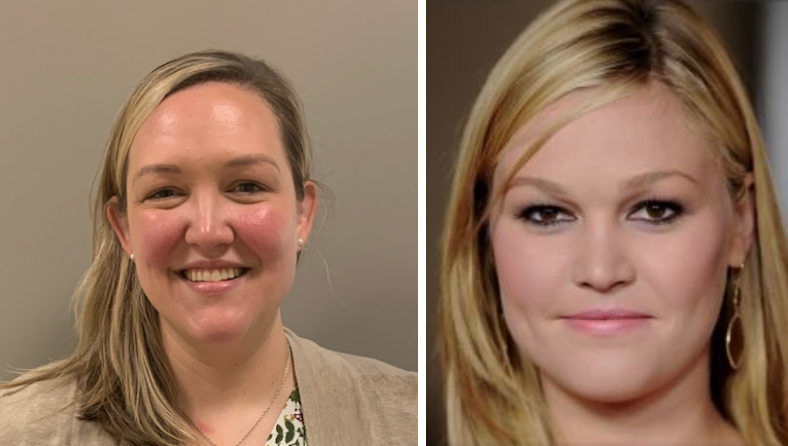 Surprisingly Argall has been told she looks like Julia Stiles in many different situations. “When I was playing college basketball, I was obviously really in shape and very slender,” says Argall. “And I one time got followed around in a store by these two women, and I’m like significantly taller than she [Julia Stiles] is, but just like being like underweight at the time, they were like ‘oh it’s her, go talk to her’ and I’m like ‘what is going on?’”  Argall explains how even her friends have made comments on how she looks like Julia Stiles. “There’s this photo of her that I posted as my Facebook profile picture, and everyone was like ‘when did you get this picture taken?’ and they had no idea it wasn’t me.” Although people see the similarity, Argall has some concerns about her look-alike. “So it’s interesting, she shows up on a lot of celebrity lists. Either people think she is gorgeous or hideous.” But despite these hateful comments toward Julia Stiles, Argall still loves her celebrity twin. “Yeah, it works for me, and I mean she’s famous and has continued to be, and I love the movie Ten Things I Hate About You!” Decide for yourself; does Argall look anything like Julia Stiles? Or not? Does she look like someone else? We’ll let you decide . . . until next time!