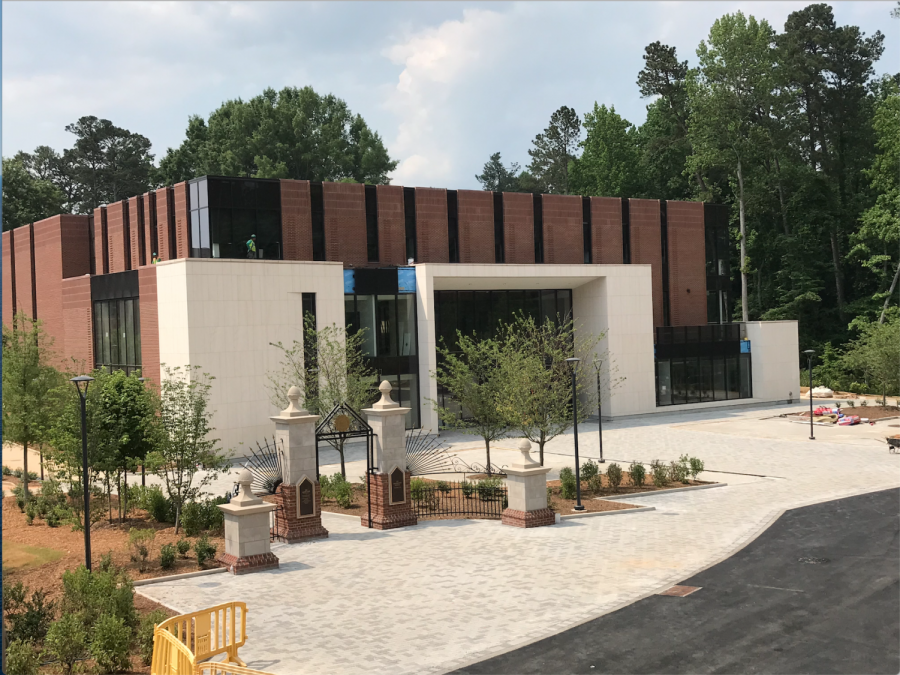 Topping off a four-

year construction plan, a new building, Barge Commons, is set to be complete by June. This new 52,000 square foot building will serve as a multi-purpose hub for admissions, art, and a common place for students to hang out.

Barge Commons will house an assortment of programs. The summer program Odyssey will be moving some of their offices to Barge Commons as well as the Glenn Institute, The Center for Teaching, and some of Westminster’s admissions offices. Barge Commons will also have a large auditorium for conferences and extensive lectures called the Great Hall, which can fit 200 people.

Barge Commons will also serve as a place for students. Jim Justice, the Dean of Academics and Curriculum, is excited for Barge Commons to open because he thinks it will be an excellent place for students to spend time together. “There’s a lot of open space and a lot of common space basically for students to be hanging out,” says Justice. “There’s a huge atrium when you walk in that leads to lots of different things like a student art gallery, a spirit shop, and a coffee bar.”

Barge Commons was created as a space to welcome the city into Westminster and bring together people from different corners of our community. Westminster made it to be “The Intersection” point between the school and the rest of our community, whether we are welcoming people from different parts of the city, state, country, or even internationally. “The idea is rooted in the idea of the commons,” says Justice. “It’s really meant to be a building where we launch students and faculty into the city and a place where we receive people from the city. It will provide a really clear welcome place or landing spot when you arrive on campus.”

Westminster created the interior of Barge Commons to have a modern feel, with much of it being made of glass and a giant video screen to display student art. It is multi-floored and has a large staircase and atrium when inside the entrance, creating a great first impression for people viewing Westminster for the first time. “It’s really pretty; it’s a beautiful building,” says Justice.

Many students have expressed concern about the disappearance of Adam’s gate, which has been a landmark in Westminster for many years. Even though it is gone right now, Justice assures students that it will be back next year. “Adams gate it coming back! It will be in front of Barge.”

Offices will begin moving into Barge around June, and it will officially open up for students by the beginning of the next school year.