Is PikMyKid Here to Stay? 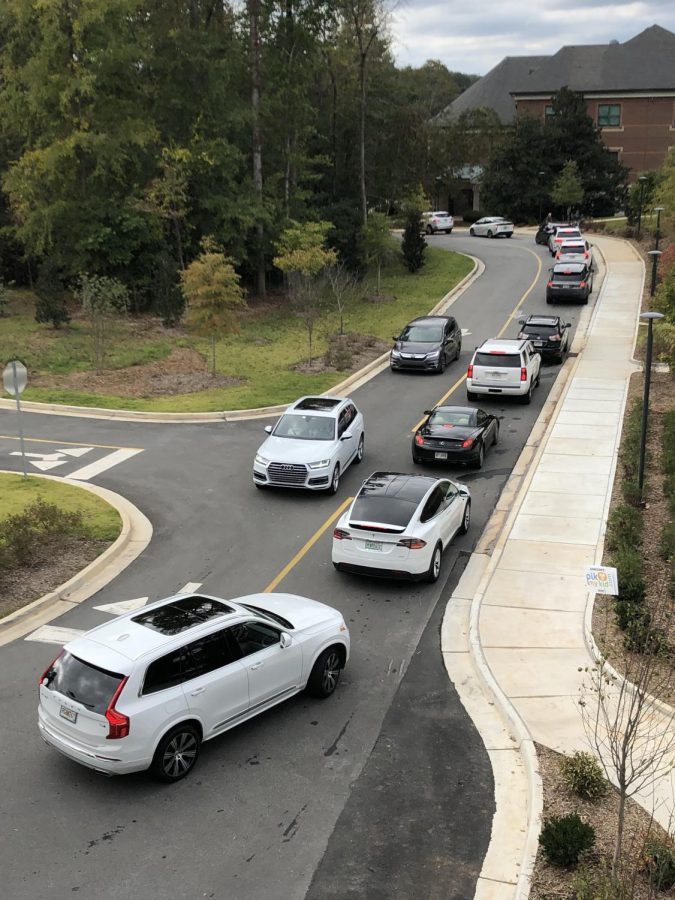 PikMyKid was introduced here at Westminster in September of 2020, with hopes of solving carpool chaos during the COVID-19 pandemic. Almost a year later, PikMyKid is still being used at Westminster, but some staff members have questioned the usefulness of PikMyKid’s software after a power outage disabled the system and yet dismissal still ran smoothly.

Many of Westminster’s students believe that PikMyKid is a helpful and effective way to dismiss students after school. “It’s a good system to pick up kids,” says 6th grader Zach Wall.

However, PikMyKid does have its cons, according to Westminster students. Seventh-grader Rohan Anand claims that “some teachers forget how to display it.”

By implementing PikMyKid, Westminster’s administration is focused on the needs of Westminster parents. “The pros are that we can be accountable to your parents, that we know where you are, and that you’re safe,” says Head of Middle School Danette Morton. However, Morton also admits that PikMyKid “slows down dismissal, and I know that it is a real pain point for parents that are waiting at carpool.”

Interim Director of Operations Ted Sadtler explains PikMyKid is easier for some parents than others depending on the location of their kids. “Parents who have students in multiple divisions are gonna have a much harder time in the afternoon just because of the nature of the drop-offs,” says Sadtler.

Westminster parents mostly give PikMyKid good reviews. “It’s more helpful for the parents because you don’t have to track down your kid,” says Maria Claudia Palacios, mother of 8th grader Laura Palacios. However, “It doesn’t have the flexibility for making last-minute changes.”

Neha Pandya, mother of 8th grader Nidhi Pandya agrees that it saves time so long as there are no curveballs. “It saves me time during COVID when pick-up lines are really long because I am immediately able to notify my child that I am here,” says Pandya. “But, if I came in a different car, there was no way of letting my daughter know that I was in a different car without her having a phone.”

After the Middle School experienced a power outage that completely shut out wifi throughout the building, students and faculty found they could get through carpool smoothly without PikMyKid. Morton explains that carpool “did run smoothly the day of the power outage” and that it was “an interesting data point for us and one that we paid attention to.”

However, according to Morton, surviving without PikMyKid for one day “does not prove the system unnecessary.” She adds “In fact, whenever a system is disrupted—the internet goes out, traffic lights go out, etc., people usually find a way to compensate. But, systems are still most effective for helping large groups of people operate together efficiently.”

Many Westminster students and faculty members have been wondering whether PikMyKid will remain as Westminster’s carpool system. Morton mentions a chance of having a meeting to “talk about other options besides PikMyKid that are just different software, so not getting rid of it entirely.”

Even though Westminster has not made any decisions on their future with PikMyKid yet, they have already started looking into similar software. “We are looking at analogs to PikMyKid, but we have no definite plans on whether or not to do with PikMyKid in favor of something else,” says Sadtler.