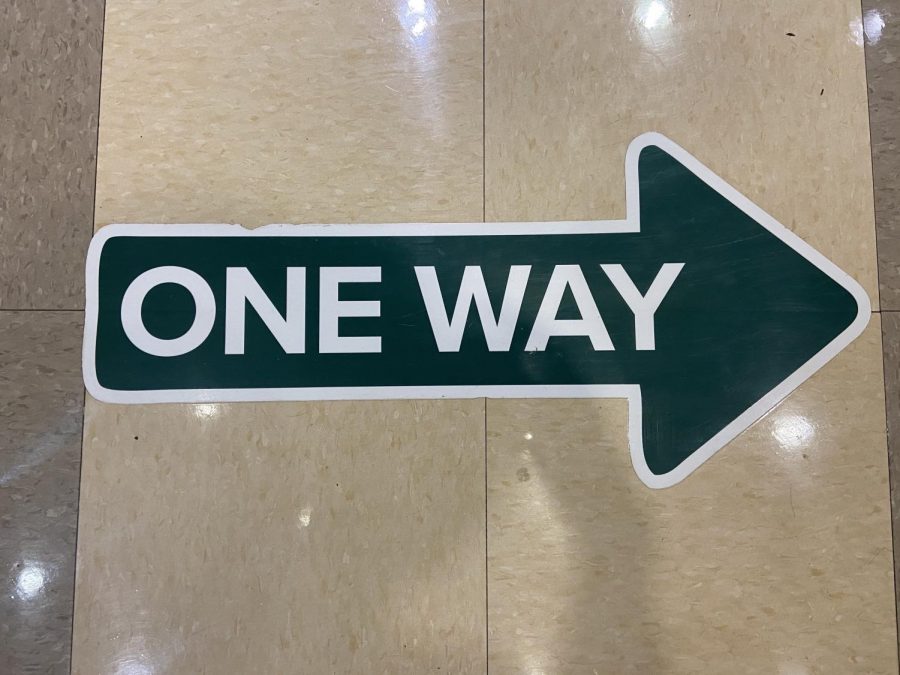 First, to try and get to the bottom of this controversy, what does the Centers for Disease Control (CDC) say? The CDC does recommend spacing students out; therefore, one-way hallways are mentioned as an idea in their guidelines. But do one-way hallways really space out students in the halls?

Westminster teacher Kristen Orsini, a member of the safety protocol committee, remains relatively neutral about the one-way hallways. She claims, “I didn’t realize [student frustration] was an issue . . . so awareness of the issue could be something to bring up . . . maybe the class reps [could address the issue].”

While Orsini may not have previously been aware of students’ opinions on this matter, she agrees that one-way hallways are a huge pain as well as not very efficient. Moreover, she is open to removing one-way hallways, stating that they are not anywhere near as crucial as mask-wearing and handwashing: “If the CDC no longer has those guidelines, I think [the removal of this guideline] could be a compelling argument.”

8th grader Maggie Stollmack does not feel strongly about the one-way halls.  She does agree that they are inconvenient, especially the language hallway: “The directional language hallway makes the traffic in the math hallway above worse and makes the time students spend in the hallway longer.” If students are supposed to be in the halls as little as possible, why take measures that increase commute time? While Maggie respects the one-way hallways, she has friends who do not obey this rule, and she is unbothered by the disobedience. Maggie does not oppose removing the one-way hallway rule.

Anjini Naidu, another 8th-grade student, agrees that the one-way hallways do have the potential to eliminate crowding but points out that other methods reduce crowding more effectively. “I don’t think it is necessary anymore because now each grade gets dismissed separately.” Anjini also reports that her friends find the hallways annoying and unnecessary. Alongside Maggie, she claims that the language hallway creates the most unneeded work.